So I can’t believe that I forgot to mention on Friday that we would be introducing a new theme this week.  Never fear, gluten-free wonders will continue to appear… on a daily basis:-) However it is time to move our spotlight onto something else, or in this case a specific ingredient.  The theme for this week and to be scattered throughout the month is… PUMPKIN!!!  Are you so excited?!  As you should be.  We have some really fun recipes coming, starting with pumpkin cashew butter today.  I, like many others, LOVE pumpkin.  I definitely cook with it year round, though once fall comes the frequency skyrockets.

So today is my amazing husband’s birthday.  Happy birthday dear!  I had planned on making him cashew butter since it is on the list of treats-he-loves-but-doesn’t-get-very-often (though that might change because the price of raw cashews is pretty amazing… especially compared to almonds right now).  When I realized that his birthday would be the first day of pumpkin week I thought, why not make it pumpkin cashew butter.  And so it is:-)

It was really easy to make.  Pretty much just throw everything into the blender and blend on high several times until it becomes smooth.  I have only made cashew butter once before and I remember it being a fairly easy process, one that only took a few minutes.  This takes a little longer.  Maybe the added pumpkin makes it just thick enough that it needs some extra blending love.  So if your mixture is still riddled with cashew chunks, don’t be discouraged.  Push the excess off the sides, back into the middle, and keep blending. 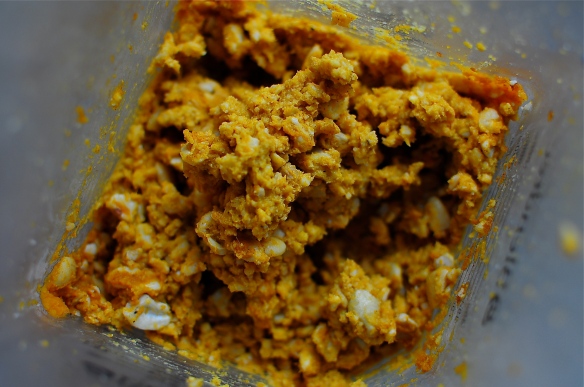 I think it took me at least six different rounds.  The first few times I only ran the blender a short while.  Once I could see that everything was either on the sides of the blender or beneath the blades I stopped it and pushed everything back towards the blades.  After doing this at least three times it finally started becoming smoother and I was able to run the blender longer.  Finally, after a few more attempts, all the cashew chunks were gone and the flavor and consistency had finally arrived at the desired point. 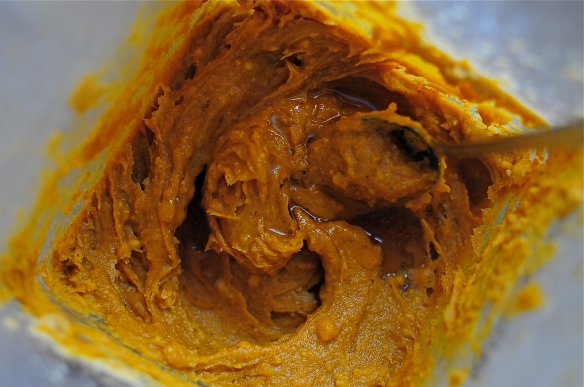 * You could add a little bit of lemon juice and more spice if you want it to taste more like pumpkin butter with cashews in it.  My version leans more towards cashew butter with pumpkin.  As always feel free to play around with it and tailor it to your taste!

This is great on breads… or just eating it plain!

Have a fabulous Monday everyone!

Why The Scent of Oranges?

I love the scent of oranges! I love them so much I will peel other people's oranges just so my hands are left with the aroma. Not only do I love them, but I also thought they would be the perfect image for what I want this blog to embody: developing a healthy and happy lifestyle. To me, oranges are the scent of vibrancy, life and happiness — and that is what we want our lives to reflect.

I would love to hear from you and any any questions you might have. Email me at: thescentoforanges -at- gmail -dot- com